Used car deals are what everyone in the market for a new or used car is looking for. Well, lets look at the reality of that in the sense what is a deal on a car and what may look like its a great deal but it’s not. Great Car deals are exactly what we try to deliver here at Texas Cars & Autos but we try to do it by offering a quality vehicle and not just sling some junk cars that are masqueraded as a cheap cars or car deal that is just too good to be true.

Why You should look at car deals or cheap cars carefully!

Cheap cars are what we all want and sometimes that’s all we can afford with today’s economic time’s people have to make sacrifices in order to get by and there for a deal or cheap car sounds very attractive. Yes, there are cheap cars out there that are not junk but are still of quality and have life left in them and they can be had at an affordable price. You as the consumer need to be smart and don’t think cheap but think affordable. Meaning if you come across car deals that are too good to be true they usually are. Craig’s list has scammers just looking for people that want that unbelievable deal and will overlook the obvious and give them some money.

So what can you do to find a cheap car that fits your budget and is still realistic? Well, that’s just it be realistic about what you will get for what you can spend.

Get a Carfax or Autocheck 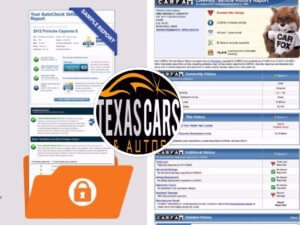 When looking at used cars period a good practice that will avoid some serious pitfalls is to get a CarFax or an AutoCheck which will give you some historical data on a car that you are looking at buying. The reason being that when your car shopping and you come across cheap cars or a so-called deal on a car you want to take some steps to make sure it’s truly a deal and not someone pulling a fast one on a car that has some major issues and they just duct taped it together long enough to offload it. You can get a good idea off anything major has been reported on the car as well as if there are any title issues that you need to be aware of. Also, things like how many owners, are there any odometer discrepancies and has the car had any major accidents as well as use meaning has it been a lease or fleet vehicle as well as if it’s ever been registered as a taxi. All these things will start to paint you an accurate picture of the life of the car your about to get into.

Both of these services cost a little bit of money but I would rather pay those fees and get some information on a car rather than jump into a car thinking its cheap for what I am getting and then realize that it’s not all that it’s cracked up to be because of factors that have affected its value.

When you buy a car from a used car dealer your not likely going to be able to get maintenance records but if it’s an individual that is offering you the car than I would definitely ask for records of the maintenance records especially if the owner claims to have maintained the vehicle according to the intervals set forth by the manufacturer and has kept up with general maintenance and wear and tear parts.

If you find car deals at a used car lot then you are not likely to get the chance to get maintenance records so common sense is going to have to prevail. When maintenance records are not available you need to look the car over and make sure you look for signs that the car is in good order and that all the major components seem to be in working order. Look for some basic clues like is the oil look fresh, are there any leaks on the engine or under eat, does the car smoke when you first start it, are the tires worn unevenly, does the interior look like it was taken care of, look at the trunk and see if the spare and essential to change a tire are present, is the spare in good shape. What to check when buying a used car is mainly anything that can give you a clue of the shape the car is in before you buy it. 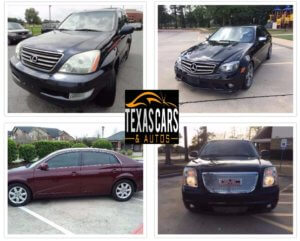 When it comes to good car deals you really need to be objective and realize a truly good car deal is a great price on a car that is in good order and will give you good reliable transportation. When you come across something that is too good to be true be very careful especially with the information out there on car values these days why would someone sell a car so far below value when they know what it’s worth? Know there are times when people need fast cash so you can find a car way below value. Still, expect to pay a wholesale price or somewhere below blue book value but if were talking about a car that is worth $8000 retail for example and someone wants $1500 or $2000 for it ask yourself why would they settle for so little. A reasonable deal would look like $5500 to $6500 that is still somewhere in the ballpark of the cars resale value but well below market value and therefore one hell of a deal but not unrealistic. Be especially leery of any too good to be true deals online especially on Craig’s List.

If you’re dealing with someone online and these factors are present walkaway! This is not just Craigs List but any online deal that has these criteria is one that you’re likely to be scammed on.

Is There A Difference Between A Deal & Cheap Cars? 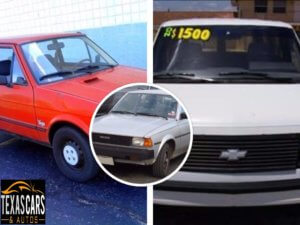 A cheap car is just that usually. It’s cheap meaning it’s likely to have high mileage and be quite old. Now it does not necessarily make it a bad car but the chances increase as you get to the end of the life cycle of a vehicle and you pick it up cheap. The main thing is to go in with your eyes open and realize that their maybe maintenance cost involved with the car in the near future. That way you don’t have a rude awakening later on when something goes boom on it. Now just as an example, I have bought cheap cars in the past and they lasted but they were buckets that got me from A to B but they ran and did so reliably. Now some of the creature comforts were missing like air conditioning and one had a leaky window so the rain was a problem, the other had a suspension that was pretty much shot but spending $1000 on suspension on a rust bucket I bought for $250 is not really worth it. So I put wider tires on it to improve it and lived with the flaws. Now that car lasted me almost 3 years without any maintenance other than oil.  So cheap cars are out there just realize you will likely be compromising something including looks when you go that route.

Over Priced Vehicles are no fun either

When looking at used cars for sale you should definitely do some looking around and some research on price and make sure you are not overpaying. You can use Kelly Blue Book as well as Autotrader and Cars.com and Craigs List.  My secret to finding a realistic price on a used car is to go and look beyond what the car value sites say but to look at the true market value in the area I am in. Craig’s list is actually great for just that. Simply put in the cars year, make, model, as well as mileage range and you, can quickly see the true value a vehicle has in the local market. Based on that you can make a good buying decision as well as let the seller know that this is the going rate and this is what your willing to pay and you have real live local sellers that are competing for your business to back it up.!

Car Deals or cheap cars that are fair deals

So the question is, is there a difference between a deal or cheap cars? The answer is yes. A car deal is just that a good price for a well maintained used car that you can acquire at below market value. Then there are cheap cars which are truly that. They do not cost much but they are also not in the best shape. Yes, they maybe mechanically sound enough to get you around but they are likely to need maintenance and you will likely be trading off some conveniences for a car that runs and does just that. 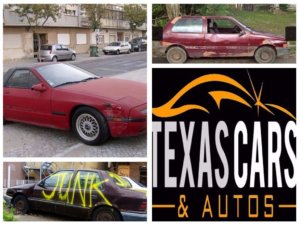 I think a cheap car is usually just a vehicle that is one step away from a junk car. Now that on the line vehicle may carry you around for years still. It may squeak and smoke and barely pass inspection but its running. Basically, it becomes junk the day a repair so costly happens that you just can’t justify the expense of making the repair happen. Junk cars do make for great projects when you find something worth restoring or messing with and making it a long-term project. Old 70’s cars come to mind or an old Honda Civic or something that would be fun to mess with and get back on the road.