Finding the best-used car can be an important decision for a college student or anyone on a budget. When you don't have Rockefeller money but you need to get around and do so reliably as well as keeping in mind maintenance cost of a vehicle then you have some choices in a used car. Here are some of the best used cars that suit this purpose. They are known to be perfect for the budget minded.

The fact that most of these are imports is likely no surprise to anyone so let's get right in and look at 11 of the best used cars for a College student or anyone that needs to consider the amount of money to spend on the car as well as fuel economy and maintenance cost.

Ok let's dive into what these cars are: 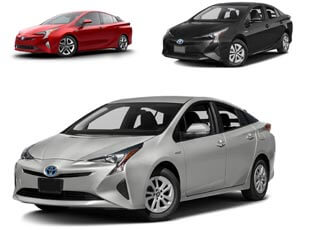 This car offers excellent fuel economy being a Hybrid it boasts and estimated 46mpg. The best used models to look at are the 2006 and 2007 models. Not that the newer models are not of the same quality but when it comes to used car price the older models will be more reasonably priced. You should be able to land one of those for in between $5000 and $6700. The most expensive thing on these cars to replace is the battery pack which will eventually need replacement. The Toyota Prius originally came with an 8 year or 100,000-mile warranty. So far many of these battery packs have lasted twice as long but just be aware that replacing the pack will cost you about $2500 which is a pretty significant repair. The car itself is perfectly suited for a college student with its great gas mileage as well as the ability to haul around up to 4 friends as well has being a hatchback which gives you the ability to move in and out of on or off campus housing if needed. The Prius, in short, makes for a great economical vehicle with enough versatility to get the job done while you're in college.

The RAV4 has been around since 1996 and started as a more sportier vehicle which slowly transitioned more into a vehicle that is perfect for a small family and offering comfort rather than sportiness. The overall reviews of these cars have been exceptional and there are still many on the road so finding a used Toyota RAV4 should not be a problem. Fuel economy is reasonable as is maintaining one of these vehicles.

This is the perfect vehicle for the college student or the budget minded outdoorsman that wants to take things off road and do it reliably. The FJ is made to go offroad as well as being a perfect car for on road. Its rugged designed is made to appeal to younger more active consumers. You can purchase a used FJ cruiser at reasonable prices if you buy somewhere in between the years of 2007 to 2011.  You're looking at spending  $14,500 to $22,000 depending on the year. So this is not the cheapest used car to get into but if you want rugged and off-road worthy then this is definitely the vehicle for you to consider.

Some of the best used cars for a college student are Scion tC's. It's very versatile in that it can haul 4 people comfortably as well as being a hatchback it can haul a substantial amount of stuff if you kick the seats down. Maintenance on the Scion tC is reasonable and gas mileage is an estimated  26mpg. This car has the stylings and lines of a coupe and the versatility of a hatchback so you get the best of both worlds. Also, the audio systems in these cars are exceptional for stock systems. We recommend the 2005 to 2010 models which are the original designs not that the newer models are not as reliable but it's just more economical to buy a used Scion tC in that range. For one in reasonably good shape, you are looking to spend between $5000 to $15,00o depending on the year and mileage.

Ok, let's face it many of the best used cars for a college student are not the most exciting vehicles in the world. Well, you can thank Ford for the Mustang. This car is not the most economical or practical but it has that American muscle car appeal and in a V6 can be quite sensible and still deliver sporty acceleration. Of course, big brother V8 does it better with less gas mileage but hey. Plus the Mustang does have a rear seat and a trunk so it's not like it doesn't have any place to haul your stuff or put your friends. This car can range from around $7000 to $30,000 for the latest model so it's got a big span in cost. If you're on a tight budget but always wanted one then look at some of the older models starting at around 2005-2007.

The ford fusion is a great used car for anyone that wants a reliable and economical vehicle. The gas mileage on this car is exceptional and it's roomy. Plenty of trunk space, as well as a spacious rear seat, make it a great choice for a student. An older model in good shape should run you about $6,000 to $7000. Look at 2007-2009 model years for the best deal.

This is the best choice if you have craving for a luxury vehicle but you're on a top ramen budget. The Acura TSX stands on its own when it comes to offering you many of the amenities you want in a luxury vehicle without the expensive maintenance. When it comes to looking for a deal on these babies look at the first generation years of 2004-2008. These are the best deal as well as getting all the creature comforts of a luxury car. Expect to pay between $6500-$15000 depending on the condition, mileage and year.

The CR-V in the earlier models can be a great economical choice for a college student. Especially if you want some really cool features like the cargo floor turning into a picnic table and the bin underneath the table is watertight with a drain so it perfectly doubles as a cooler. So next tailgating or camping trip the Honda CR-V will make it more efficient. This car holds its value really well. We recommend 2002-2006 models due to price. These SUV's go for $4900-$13000 depending on condition and mileage as well as the year.

I am sure seeing the Honda Civic on this list is no surprise to anyone. These cars have been around since the 70's and are still very popular today. They are cheap to maintain and are excellent on gas mileage. In 2003 the hybrids were introduced making that aspect even better. For someone, college bound or you just need to save money this car is perfect. They are cheap cars to get into. Look at years starting at 2004 and up which you can pickup starting at around $3000 and up depending on the year, mileage, and condition. This the cheapest car on our list so if the price is a super sensitive aspect this might be the direction to look in. Also, these cars are easy to work on and parts are cheap. 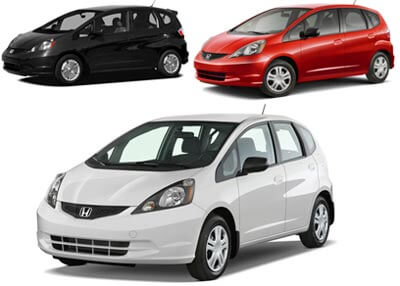 This vehicle is another great choice in a used car for a college student. It's a small car with a lot of loading capacity. It actually has as much loading space as some smaller SUV's. This is thanks to the rear seat completely folding down and giving you a fully flat loading space. So when you need to move or just need some loading space to haul whatever this little car can get it done. It's a bit more to maintain than some of the other competitors on this list but it's definitely college worthy! Take a look at year models between 2009 and 2013 for the best deals. You are looking at spending somewhere in between $8500-$18000 for one of these.

When it comes to an affordable and stylish ride for under $10,000 the Mazda 3 is hard to beat. This car is not the average hatchback with its sporty styling as well as handling and a spirited engine. This Mazda will go vroom vroom while still giving you the space you need to tackle a small move or to load up your friends and go on a road trip! This car is most reasonably priced when you look at model years starting at 2004 to 2009. You can expect to pay between $4000-$15000 depending on the year, mileage and condition you decide to get. 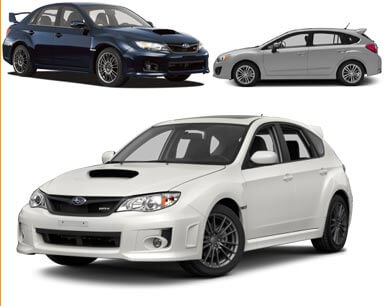 If you are looking at going to college in a place with snow where all wheel drive comes in handy then a used Subaru Impreza is a good choice for you. All wheel drives do not get the best gas mileage but they will get you thru that nasty weather. The Impreza comes in either a sedan or a  hatchback.  The hatchback is likely a better choice for a student and the spacious cabin will give you plenty of room to load up friends. Now you can get into the earlier models for cheaper and they will get the job done just as well however the 2012-2015 model years have some of the more modern upgrades you might be looking for as well as a bigger cabin and improved gas mileage. Be prepared to pay $13,000 to $26 for a model made in between 2012-2015 and as always the older models will be cheaper.

This Hyundai SUV makes for a great used car for a college student that is looking to get into an SUV that offers all the modern amenities you would expect like and iPod jack, as well as most, are equipped with alloy wheels. This car is also more reasonably priced than some of its other counterparts made by Honda and Toyota. Reliability and maintenance are excellent so this makes for a great choice for anyone that needs a used SUV but has to also consider what it's going to cost to maintain. In a used Hyundai Tucson look at years starting at 2010 to 2015. Look at spending $11,000-$26,000 to get into one of these years.

The Kia Soul makes the best used cars for a college student list with its great fuel economy as well as its sporty boxy lines, making this a fun car to look at and drive. Kia reliability is present in this vehicle as always. The other plus on this vehicle is that even the base models come equipped with satellite radio capabilities as well as USB and auxiliary jacks for your audio or phone. You're likely better off going with an upgraded version which will include four-wheel disc brakes, alloy wheels, keyless entry, and Bluetooth. A used Kia Soul should cost you in between $8,000 to $17,000 depending on the trim level as well as year and mileage. Look at model years 2010 to 2013.