So the real question here is what type of car can handle its age as well as mileage and continue to be reliable and durable giving you a used car that will continue to perform and let you pile on some more miles!

We built our list of the 10 best used cars under 10000 based on reliability ratings from cars.usnews.com as well as the price range criteria of costing under $10,000.

All the vehicles in our list sport a reliability Rating of 4.5 to 5 out of 5. 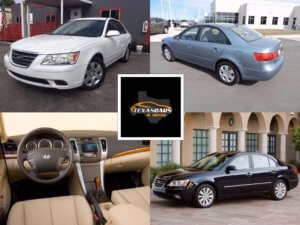 The Sonata is the first car on our top 10 list of the best used cars under 10000. It scored a 5 out of 5 reliability rating and is a reasonably priced sedan with prices averaging  $8400- $1100 on the high side making it very possible to find one in the under 10k range. The sonata comes with many amenities as well as a lengthy manufacturers warranty of 10yrs or 100k miles.  Fuel economy is great in the Sonata at 22

The sonata comes with many amenities as well as a lengthy manufacturers warranty of 10yrs or 100k miles.  Fuel economy is great in the Sonata at 22 city and 32 highway miles. 2010 comes in 3 trim levels GLS, SE, and Limited.  The standard engine in the Sonata is a 2.4 liter 4 cylinder making a respectable 175 horsepower while still being quite economical. SE and Limited models come with a 3.3 liter V6 making 249 horsepower. This engine does not offer quite the fuel economy as the 4 but it's still a respectable 19 city and 29 highway.

So if your looking for a reliable sedan at an affordable price point then this is a great choice. It's not flashy or fancy but it's a roomy sedan that will keep you on the road for years to come. 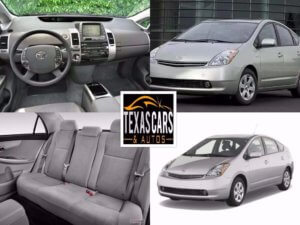 Next on the reliability list of the best used cars for sale under 10k is the Toyota Prius. This should be no surprise since this car hit the market it has been raved about and been loved by environmentally conscious consumers since its inception. This hybrid sports a 5 out of 5 rating and can be found starting at around $8800. Gas mileage is exceptional at 48 city and 45 highway making this a great city car. Interior space is plentiful in this funky shaped hybrid. There is more leg room for rear passengers as you would think to look at it plus the hatchback design gives you plenty of loading room. 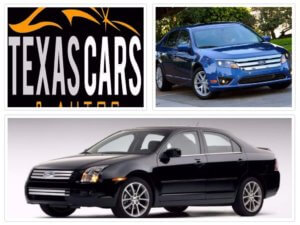 The Ford Fusion comes in with a 5 out of 5 reliability rating. This car comes with either a 4 cylinder or a V6 depending on the trim level you choose. There are 3 trim levels available S, SE and SEL. This is a sporty family sedan so handling in these cars is exceptional for a sedan. However, it does lack that off the line grunt, especially in the 4 cylinder versions. The V6 does much better in that department but be prepared to give up some gas mileage. Overall the Ford Fusion is a reasonably priced sedan that has some great sporty lines as well as all the amenities you expect from a sedan however the stereo controls are a bit on the outdated side. This care comes in at a starting price of $7550 up into the $10,00 range. 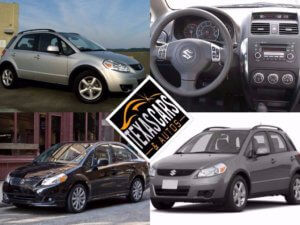 This car makes our best used cars under 10000 list by not just being reliable coming in at 5 out of 5 on the reliability scale but also by being a unique compact that is available in an all-wheel drive configuration as well as a sedan version. Suzuki considers this their crossover and have made this vehicle diverse enough where it appeals to a wide range of consumers. Definitely stay away from the SX4 base version if you live in Houston because that version of the SX4 does not come with air conditioning which we know is no fun in a tropical climate like ours. Gas mileage is reasonable in this compact but it's not as good as some of its competitors. It's a reasonably priced compact with some different appeal like all wheel drive just be sure you look at a version that has A/C in it so you don't melt on the way to wherever you're going. Price range on the SX4 is between $5000-$8700.

The Mercury Milan is another vehicle that has a 5 out of 5 reliability rating on our list. This is a spacious sedan with a comfortable interior as well as plenty of cargo space in the way of a good size trunk. Handling is pretty good in the Milan especially considering its a sedan it borders on sporty. It's available in a 4 cylinder 2.3 liter or a 3 liter V6 depending on the configuration you are buying. One thing that has been said about this car is that its a bit underpowered which I am sure is more apparent in the the 4 cylinder then the 6.  The 07 can be found in a price range of $5k to $7k making it a fairly cheap car to get into. 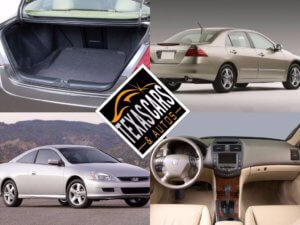 The Honda Accord makes the list of best cars under 10000 list due to its reliability rating of 4.5 out of 5 as well as being readily available to buy in between $6200 to $9500. This car comes with a 4 cylinder engine making 166 horsepower giving you excellent performance. The Accord has had a long run and is still around. It's been in production for over 30 years and has always been an all-around quality car for the money. It also got plenty of configurations so making one work for you should be no problem. The sedan version has 8 different trim levels and the coupe is available in 5. These cars also hold their value quite well as you can see even an older model still commands a fair market price.  Car and Driver also gave this year Accord the 10 best car of 2007 award which the Accord has earned 21 times previously just to give you and idea of the track record this vehicle has. 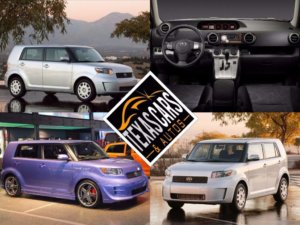 The 2010 Scion xB is the next car for sale under 10K that is worth looking at. This quirky looking car is a great car for anyone that is looking for fuel economy that is reasonable. With its 22 city and 28 highway, it does quite well in giving you a break at the pump. Reliability ratings on the xB are also exceptional coming in at a perfect 5 out of 5. Average price for a 2010 xB starts at $8800 to a reasonable $10,000 on the high side. The xB also has a high safety score and is quite roomy with enough room to comfortably seat 5. Another plus is the standard features this ride comes with. Here is what is included in the standard package on the xB power locks and windows, keyless entry, a/c, steering wheel audio controls as well as a Pioneer stereo system with an USB auxiliary port. There is a lot of value in this vehicle for the money making it worth a look as a used car to acquire. 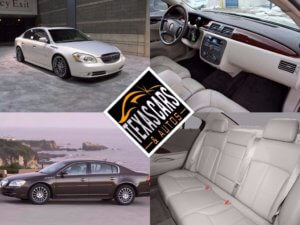 This Buick is a nice and spacious sedan with a reliability rating of 5 out of 5 and coming in reasonably priced for what you get at prices averaging from $8400 to $12,000 on the high side. The 09 Buick Lucerne comes with a comfortable as well as quiet ride and a clean interior layout. The interior is quite spacious making for plenty of back seat room for passengers comfortably seating 5.  The negatives on this sedan are that the V6 is a bit underpowered for it and its turning radius is quite large. Now if you opt for the super then you get a nice powerful V8 that will accelerate you quite quickly. If the Lucerene does not suit your taste the 2009 Ford Taurus might be something to look at instead. 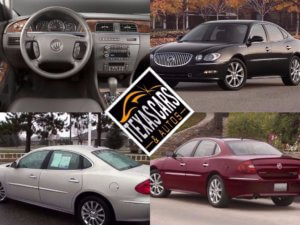 Here we have another Buick on our list. The La Crosse comes in with a reliability rating of 5 out of 5 and an average price ranging from $6700 to $8800 making it another car to buy for under $10k that is reliable. The La Crosse is a 4 door sedan that comfortably seats 5 and is a perfect highway cruiser. Another benefit is the ample cargo room you get in this sedan for a vehicle in its class. This vehicle is a bit on the outdated side with its 4 speed automatic as well as the design elements. Nothing wrong with it is just not awe inspiring or is going to wow anyone with its handling. It's a good sedan for the money, however. 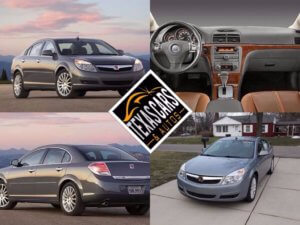 This Saturn is a great sedan to buy if you want the handling and power of a European sedan without the hefty price tag and over priced maintenance cost.  It's quite reliable coming it with a reliability rating of 5 out of 5 and making our list with prices averaging from $7200 to $8600. Its high points are a competent engine and great handling as well as excellent fuel economy. The downside is a cheap interior with so-so build quality. The 09 model did receive some upgrades like a six-speed transmission as well as a new 3.6L V6 engine and electronic stability control. So if your looking for a reliable and sporty sedan the Aura should be on your list of cars to look at.

This concludes our list of the 10 best used cars under 10000 that you can buy. As with all vehicles that are used always do your due diligence get a carfax or an autocheck and look the car over thoroughly. Look for any clues as to how the vehicle was taken care of as well as maintained.