The Houston Auto Show has been a main stay for car enthusiast in Houston since the 1950's where it first began in the Sam Houston Coliseum which was then moved to the Astrohall in the 80's. So as you can see this car show has a long standing history in this town and will remain an even that car lovers cherish year after year.

The 2017 show will be held April 5th thru the 9th and tickets can be purchased at the box office or at Tickemaster. Currently admission prices are $12 for adults and $5 for children. For updates to the show you can also visit the official site http://www.houstonautoshow.com/

This show regularly brings around 450,000 visitors to NRG Center and will feature the latest cars and concepts by the worlds biggest auto makers in the world.

Here are a few images from Past Houston Auto Shows: 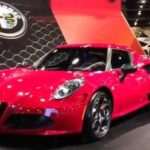 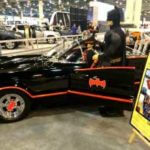 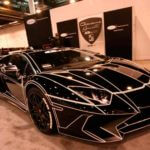 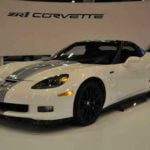 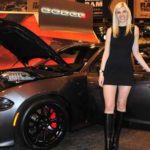 This is definitely the premier car show in Houston and is not to be missed if you consider yourself a car enthusiast. You will see some of the latest model cars as well as there usually being some nice classic's to look at.

Expect to see all car manufacturers represented their with at least a booth if not a large display with several vehicles from their premier line up. Makers like Ford, Chevy, GMC, Maserati, Ferrari, Lotus, Tesla, Dodge, Jeep and more.

Some of the vehicles that have made their debut at the auto show are the 2013 Jeep Grand Cherokee in 2012 and the 2007 Ford Expedition in 2006. So you see you may just be one of the first to see an upcoming model at this show.

Also lets not forget that not only do you get to see the latest and greatest sexy curves of your favorite vehicles but you also get to see the curvy and extremely attractive models that will be there presenting the vehicles on display.

We hope to see you at the show this year if you see us there say hi!