At this year's Auto Show here in Houston I got my first look at the 2017 Acura NSX. The car is definitely exotic and has the looks and lines as fine as any Italian sports car. The bad news is it also has the sticker price of one.

One of the cool things they had at the auto show was a Acura NSX simulator so you got to drive the car for a virtual ride. Pretty cool stuff.

The NSX will definitely get up and move with its mid mounted V6 which ohh, by the way, is supercharged along with the hybrid power train and it's 3 electric motors this car has the supercar acceleration and top speed you would expect for the sticker price which starts at  $160k or so. Acceleration from 0-60 in 3.1 seconds and a top speed of 191 mph it is definitely competitive in its class.

Here is a quick Walkaround of the 2017 Acura NSX at the Houston Auto Show:

Basic stats of the NSX:

It's truly a sexy car that is going to turn heads like any Ferrari, Lamborghini or Audi R8 would. With the same sticker shock unfortunately but it's understandable when you get up close to this car and what it is capable of.

As I walked around I captured a few pics of this supercar which really do not do it justice but will give you an idea of its lines. A test drive would have been super cool but unfortunately unattainable for mere mortals like myself. 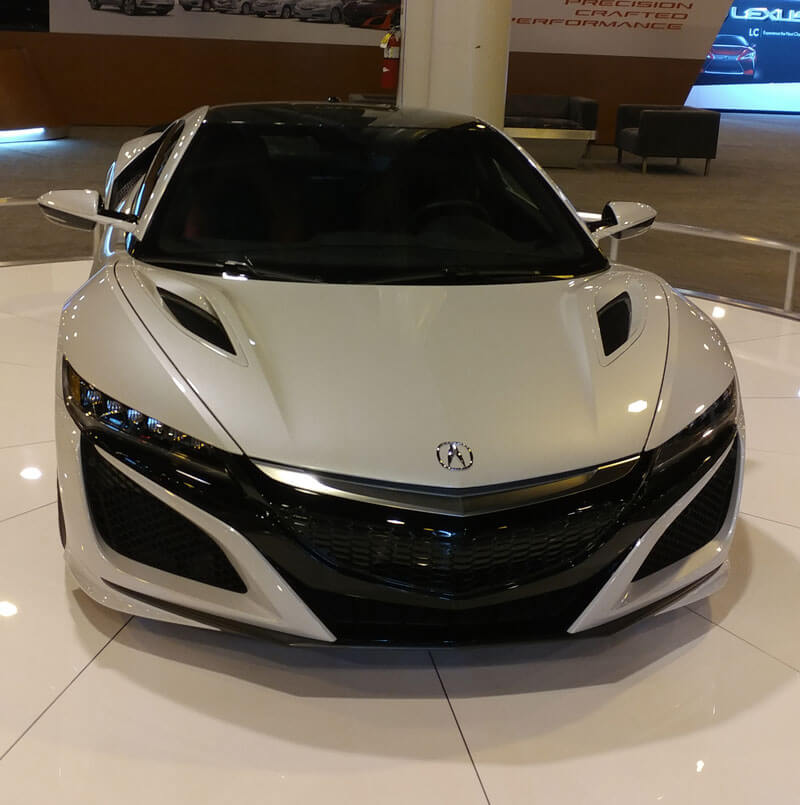 The lines are just insane on this car as well as the performance numbers. Will see in a few years what the fate of this supercar will be. I think Honda has high hopes for it and rightly so. It's not going to be a car that every man can afford but for those out there that can, I think it will definitely be a vehicle that will give the other supercar giants a run for their money. Only time will tell how this long awaited supercar will perform not just on the street but in the showroom as well.

Here are a few more images of the Acura NSX: 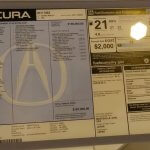 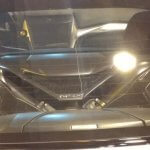 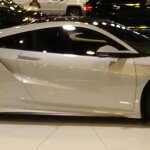 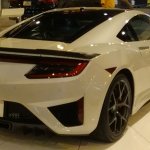 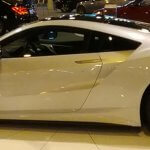 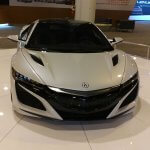